A Reversal On The Cards For USOUSD?

The USDJPY pair has begun a reversal with a rise in selling pressure in early morning trading. The next few trading sessions will determine whether the move is a reversal or a retracement of the rally. Momentum indicators suggest the pair is overbought and reversal on RSI is underway. 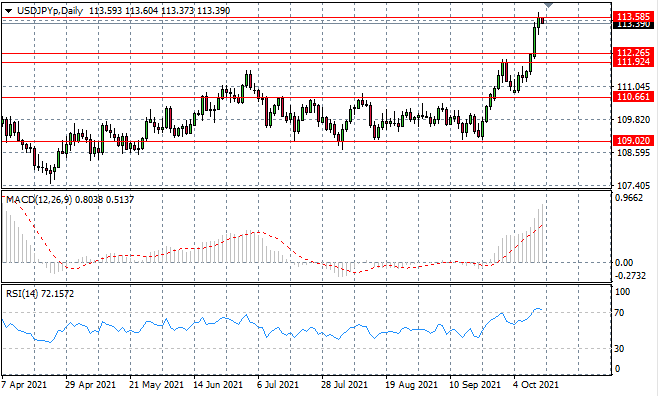 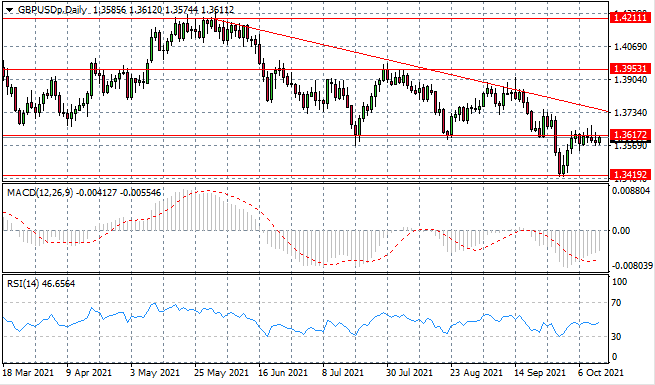 The Eurodollar continues to move lower, as bullish attempts have lacked the conviction to drive a rally. A test of the 1.154 price line in today’s trading will give an indication of buyers’ appetite to facilitate a rally. Momentum indicators have flattened in bearish territory. 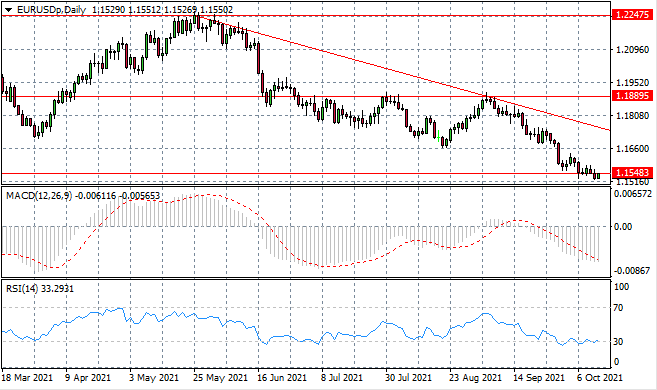 The USDCAD sell-off has stalled at the 1.243 support level, as small-bodied candles suggest that a break is not imminent as sellers have lost steam. Therefore the current trading range will likely remain intact. Momentum indicators are approaching the 30 support level. 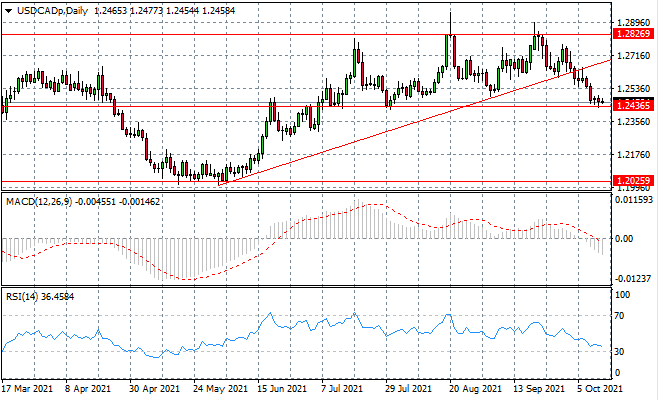 The USOUSD rally has begun to simmer, as selling pressure has begun to rise in the last few trading sessions. The moves could be the start of a reversal, as the commodity struggles to maintain the $80 per barrel range. RSI has flattened at the overbought line. 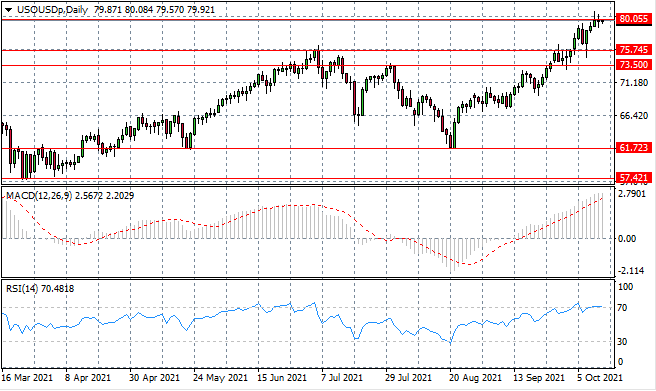 XAUUSD has begun to climb away from the 1753 support level, although currently, bullish conviction remains weak. The descending trendline has successfully contained price action up until now, as there appears little appetite to facilitate a rally. Momentum indicators remain neutral. 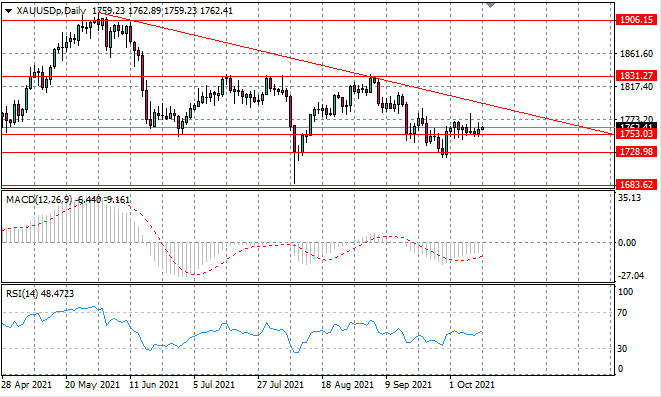 The HK50 is beginning to pullback from the 25,029 resistance line albeit at a slow pace, indicating that the move is more a lack of bullish momentum than any conviction from sellers. The current trading range is therefore likely to remain intact. 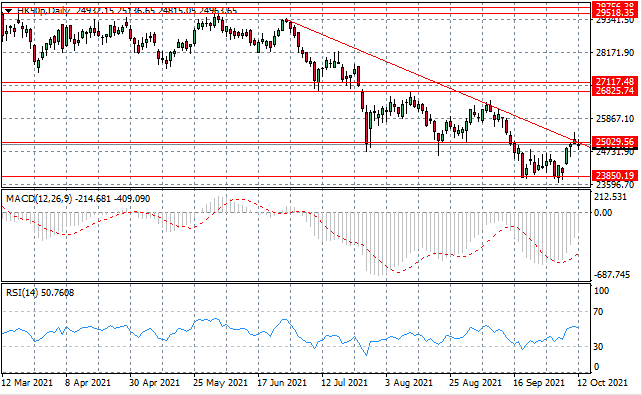