The USDJPY pair has moved to test the ascending trendline which has since resulted in a break. The question is whether the break can be sustained or the pair will continue the longer-term bullish trajectory. Momentum indicators have flattened in neutral territory. 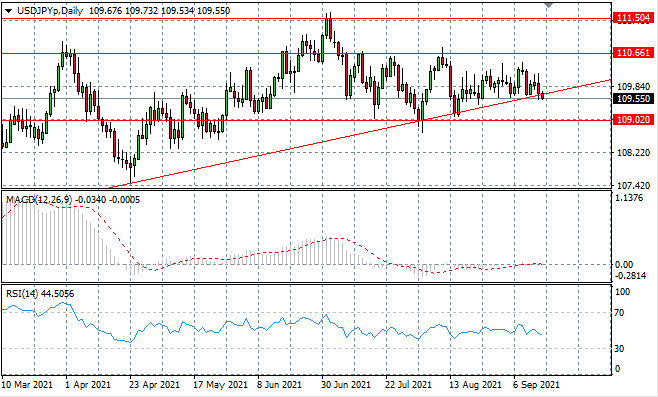 The GBPUSD pair has spiked through the descending trendline and pulled back, as bearish sentiment has started to climb. Rally attempts may now be contained by the trendline as oscillations begin to narrow. Momentum indicators are neutral. 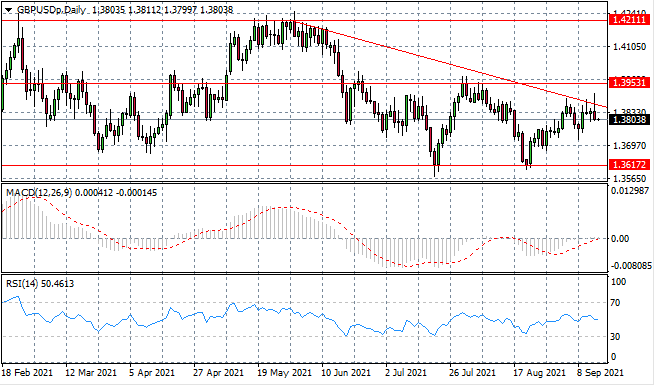 The Eurodollar will, once again, approach the 1.177 support level as selling pressure begins to rise. A rejection of the trendline on several occasions in recent trading signals a key resistance zone for the pair which will now be followed by downward moves. Momentum indicators remain in bullish territory. 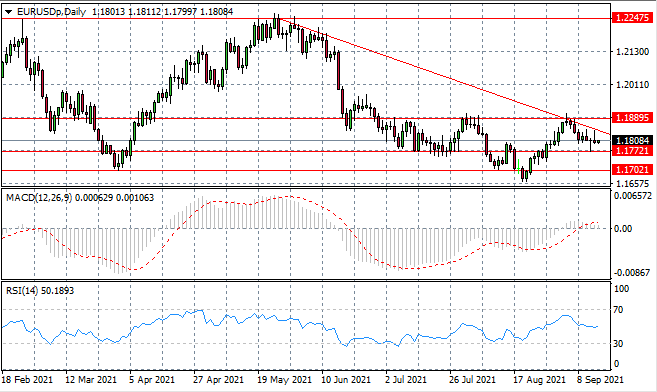 The USDCAD is climbing back towards the 1.274 resistance line as the longer-term bullish trajectory remains intact. The ascending trendline has contained any downwards moves during the rally and despite the consolidation in the last week, buying pressure remains. Momentum indicators have flattened in bullish territory. 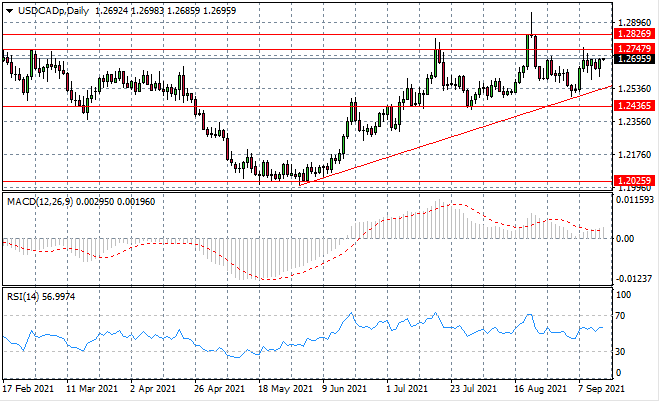 XAUUSD has climbed back above the 1795 resistance line as price action re-enters a consolidation range between the 1795 and 1831 price levels. The descending trendline has been a key resistance area for the metal, containing any rally attempts. Momentum indicators have flattened in neutral territory. 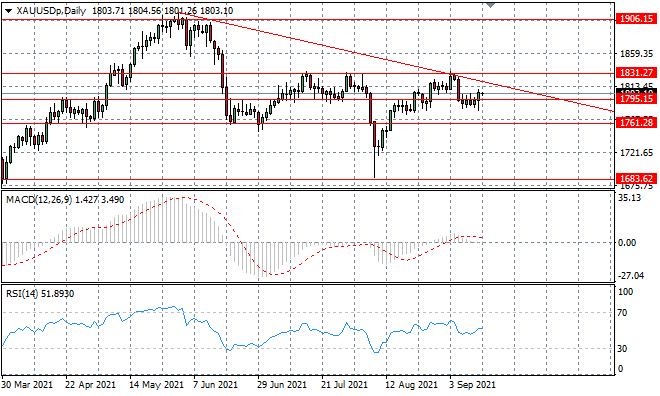 The USOUSD continues to test the 70.66 resistance line as buying momentum appears to have stalled as highlighted by the small bodied/doji candles. The pair may consolidate for the time being before heading higher. Momentum indicators suggest further upside potential yet RSI is approaching the overbought line. 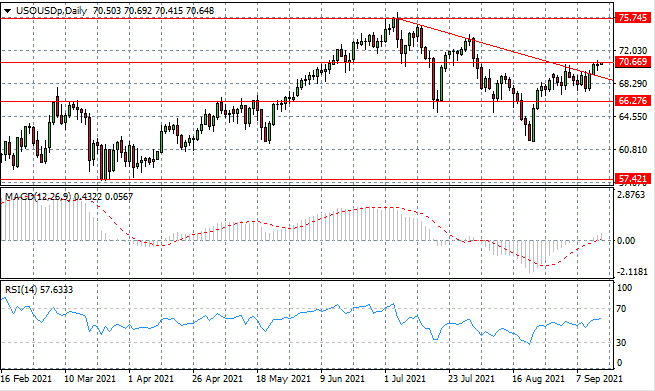 The HK50 index has plummeted towards the 25,029 support line as a recent rally attempt has lost steam. The break of a shorter-term trendline has not held and the index remains in a consolidation range between the 25,029 and 26,825 price levels. Momentum indicators are bearish with RSI approaching oversold conditions. 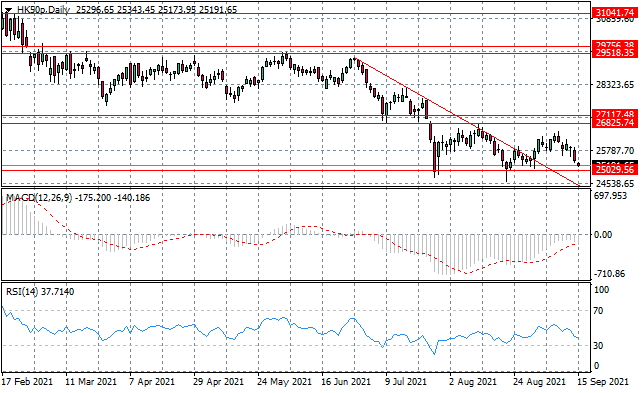