The USDJPY pair is beginning to pull away from the 112.77 support line and ascending trendline, as support for the pair begins to rise. The pair is therefore likely to continue oscillating within the current range with the ascending trendline acting as support. Momentum indicators have flattened in neutral/bearish conditions. The GBPUSD pair has begun to make a recovery from the 1.320 support level, as buyers appear to be returning to the pair after an extended sell-off. A few rally attempts have been made in the past which have failed to result in a trend change, therefore strong conviction will be required. Momentum indicators suggest the pair is oversold. The EURUSD is beginning to float back towards the 1.120 support line as buyers have lost steam. A series of doji candles indicate that price action is driven by waning bullish momentum rather than appetite from sellers. Momentum indicators remain bearish. The USDCAD has begun to pullback from the 1.282 resistance line, as sellers have return to commence a reversal. The current trading range looks to remain intact once again as price action has rejected this range ceiling on several previous occasions. Momentum indicators are also undergoing reversals. 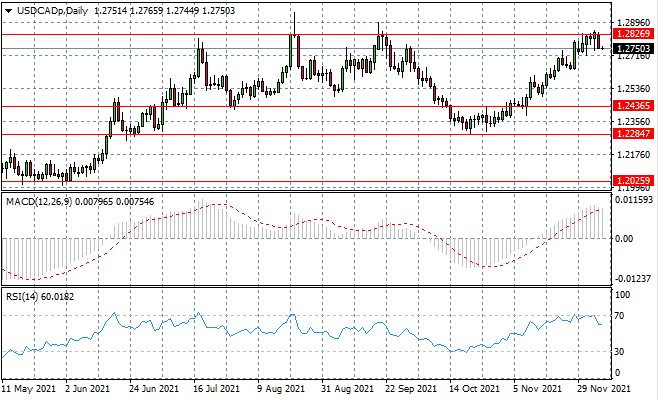 XAUUSD price action will likely hug the ascending trendline with price action floating higher, neither buyers nor sellers have the conviction to dominate near-term price direction. From a longer-term perspective, there is a bullish bias. Momentum indicators have flattened in bearish territory. USOUSD has begun to make moves back towards the 75.60 price level as buyers have returned to the commodity. Fundamental factors are driving price action and will continue to play out in the coming months. Momentum indicators are undergoing bullish reversals. The ASX200 index has begun to recover from the 7138 support line after a sharp sell-off. The descending trendline remains in sight for buyers, with price action typically being contained by this key resistance zone. Despite a clear bullish trajectory, sellers remain active in price action and the longer-term bias is bearish.